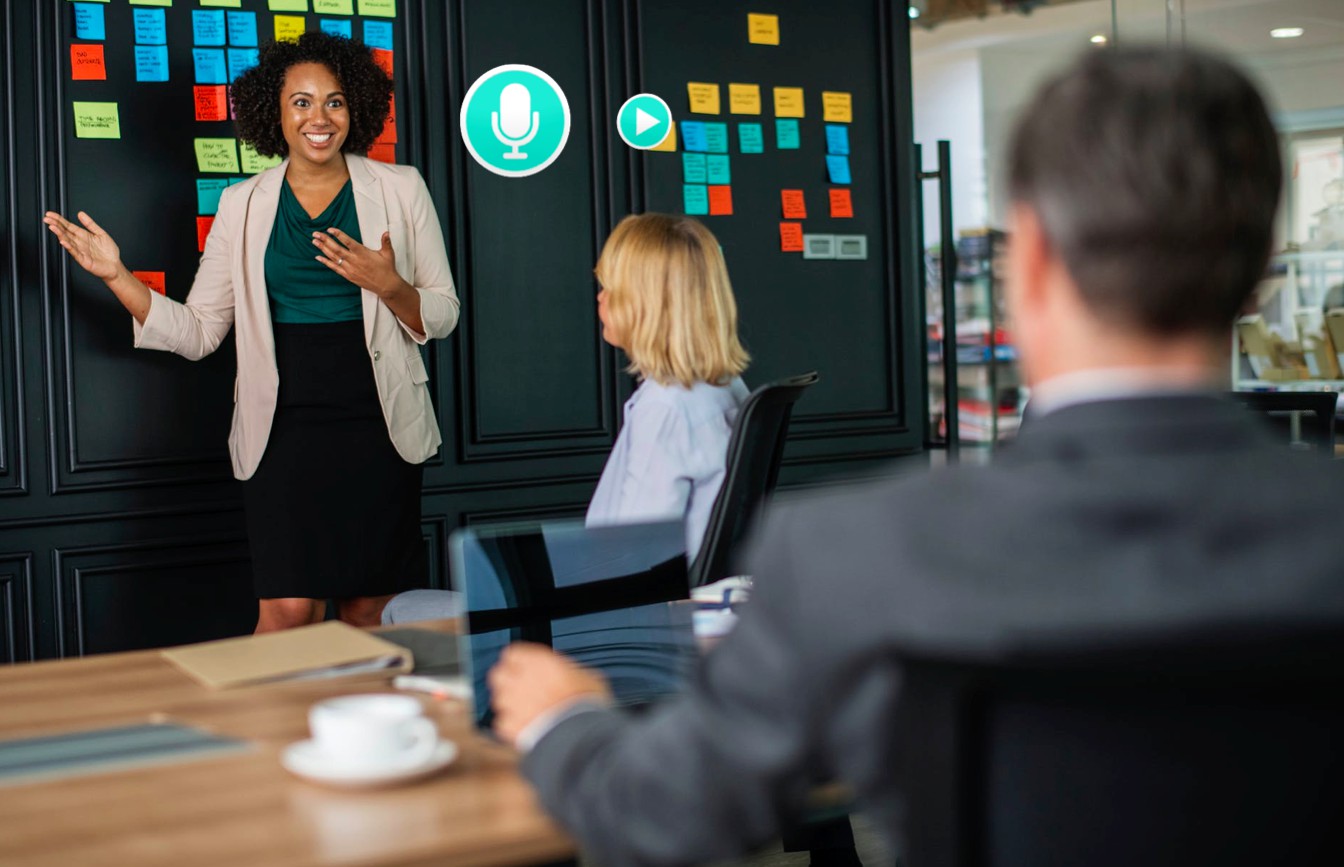 Did you know that 75% of the population apprehend the moment they will be speaking in public? Even more dramatic: 19% of the US population suffers from glossophobia (fear of public speaking) which is more than the percentage of people that fear death in the US, 16% of the total population.

We all know the feeling when our stomach tightens up and the uneasiness sets in when we have to express ourselves in public, to a large audience just as much as in front of one important person. And you may not be aware of it, but this particular unease can actually harm you.

In fact, it is proven that fear of public speaking can inhibit promotions by 15%.

At the end of the day, glossophobia (the real name of “fear of public speaking”) may cost you money as you won’t be getting the position you may deserve and can slowly kill your self-esteem.

The current training offered is limited

So far, the only ways to practice public speaking have been through one-to-one consulting sessions, with a professional of elocution that can give tips and tricks as well as giving a deep feedback to assess the overall performance.

Theater classes are also a great way to tackle the problem but do require some guts. However, taking the matter too far may have the opposite effect by causing a trauma or shame and having even more fear and difficulties afterwards.

Those solutions imitate only partial real-life conditions and can be time and budget consuming to organize. VR can bring an alternative to those conventional solutions.

Virtual Reality on its own is a powerful tool to develop skills that can be technical, managerial, cognitive as well as soft skills and placing learners into real-life situations.

Voice recording features, included in VR give the opportunity to practice real life public speaking and fight the anxiety that one may feel before presenting to an audience.

Thanks to VR, some companies already offer solutions to aid the development of public speaking skills. For instance, applications such as Virtual Speech or Virtual Orator provides an opportunity to learn fundamental communication and business tricks through online classes, then to implement them in realistic VR training scenarios. Applying the skills gives the learner the opportunity to improve himself or herself by providing feedback based on a real time voice analysis.

The learner’s experiences’ are being tracked to measure his or her progress over time. The different VR training scenarios that VR training applications offer are particularly interesting because they are very diverse, ranging from: one-on-one meetings, TedTalks, networking events, job interviews, B2B sales, along with many more.

Those two applications offer a tangible solution to get over glossophobia with fictional 3D modelizations.

What if you could create your own public speaking scenarios, in a familiar environment, in a few clicks?

Uptale is a platform specialized in the creation and distribution of learning content in VR. No need to modelise a whole new environment in 3D, simply take 360 pictures or videos of real-life scenarios and upload them to the platform and add interactions on top.

One of these interactions is Voice Recording. This unique feature allows a user to re-listen to what has been said and improve the quality of speech. Moreover, thanks to the simplicity of the platform, environments can easily be customized.

Meaning that instead of practicing public speaking in front of a random audience, we can simply take 360 videos and practice in real life conditions with actual people, teams and audiences. Therefore, the impact of being in a familiar environment (the workplace) in front of familiar people (coworkers) is much greater.

The bigger the impact, the bigger the emotion will be, and the memory will remain very vivid in the learner’s mind.

Being within the headset allows you to be fully immersed in an environment, being reinsured that the experience will remain private and that no one will be able to criticize you. Which overall will boost self-confidence and lead you to feel less anxious the next time this will happen to you in real life.

➡ TRY IT YOURSELF NOW

For an optimum result, it is best to open the experience in a recently updated Internet browser. You can play it on any device. If you choose to use a smartphone or a computer, you can use your finger or mouse to turn the environment and activate the interactions. If you go for the VR headset, then you can simply turn your head around just like you would do in real life and target the interactions with the white viewfinder.

Uptale will represent France for the final of the Global EdTech Startup Awards. This Thursday, December 6, we won the French final alongside two promising

Field trips, also named after “Learning Expeditions” (LEX) in the corporate world are “journeys by a group of people to a place away from their