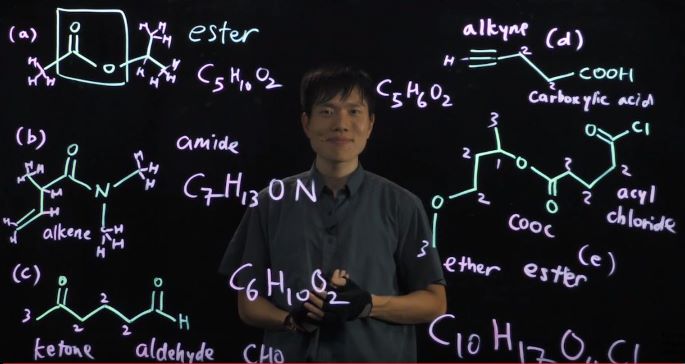 VR is used not only in corporate upskilling and reskilling, but also in education. To better understand how VR and Uptale have improved the way of teaching and learning, we have interviewed Fun Man Fung, Scientist-Educator and Shaphyna Nacqiar Kader, research assistant and undergraduate in National University of Singapore.

Background of our interviewees:

The National University of Singapore (NUS) is a public research university in Singapore. It is ranked 1st in Singapore & Asia Pacific and 11th in the world according to the 2019 QS World University Rankings.

Fun Man Fung – He is the sole Singaporean on the Periodic Table of Younger Chemists selected by the International Union of Pure and Applied Chemistry (IUPAC), out of 118 chemists. He is passionate in helping students learn better and promoting innovative technologies in Science education.

How were you doing in forensic science learning before?

We also do real-life CSI technical examinations. We would clean up the entire room and carefully put evidence such as a knife, a can and black droplets etc. There is only very little evidence and it’s very staged, which doesn’t really picture how a true crime scene would look like.

Why did you choose Uptale and Virtual Reality?

Fun Man: It was in 2017, introduced by Dr. Thierry Koscielniak, our mutual collaborator met during the exchange supported by Universite Paris Descartes and NUS. He told me that there’s immersive learning, and this startup [Uptale] was young and enthusiastic. So I met the co-founders, Sebastian and Dwayne, who talked about the projects and what we could do [with VR]. Later on we got some grants and have collaborated more since then.

Uptale allows the user to really interact using their eyes and pointing at a specific point, to be teleported and even do quizzes. We began with trial followed with some small projects. Small projects evolve and become bigger projects. We also have our own branded VR goggles to view VR experience using Uptale. And now with Shaphyna on board, we are doing something good for students. Thanks to the help of the whole team, students especially, they give me great ideas and inspiration. Having great collegial co-workers such as Prof. Stella Tan also helps! 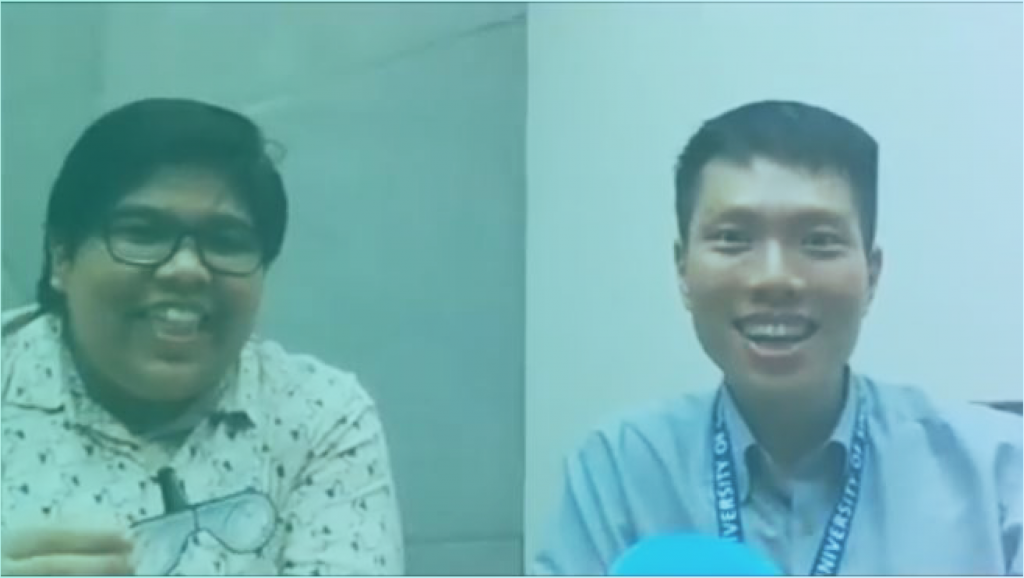 Shaphyna: My first time using Uptale was in June 2019. Christoph was helping me to train the team. I learned a lot from that and from that we expanded the project and decided to go for a research project. We’re hoping not only to submit this research as a module in NUS, but also for publication in the future.

Shaphyna: The difference from the feedback that I got from forensic science students is that they felt 360° VR was a lot more lifelike because scenes created previously were animated.

When the students test our 360° experience, they realized that in a real scene, especially if it’s not a murder case, it’s not like blood everywhere. It’s a lot more difficult to figure out what are the more relevant pieces of evidence.

Fun Man: Previously, the crime scenes that we made are from a real room that is inhabited by people. Evidence is like planted there on purpose. It’s not close to reality because an actual crime scene is supposed to be natural. It was a conception, conceived by the lecturer who created the scene, because the main focus was to understand how to process the scene and collect and package evidence. Thus, it was intentionally made much simpler and staged. But we decided to go one step further to create a more realistic scenario and real life is often very messy!

And this is something that we are inching towards, getting it comfortable with learners. We provide them with the tools to create a 3D environment. It is not that hard because it’s just like a movie maker but in 3D where you can add a multitude of interactions such as tags, stars and teleportation!. Students take ownership of the experience because they created it. And I don’t think many courses, even professors, give them a chance to learn a skill by creating an experience.

Shaphyna: Indeed. I felt that I learned a lot more when I actually had to create a scene from top down because I had to think of every little thing that I wanted to put it in. Every piece of evidence had to be crafted and placed intentionally to support how the crime took place as students would have to perform a crime scene reconstruction based on what evidence they found.

Tell us more about your crime scene VR experience!

Shaphyna:  I staged the whole crime scene and then took 360 photos and videos. The thing I like about Uptale is that we can add interactions. For the crime scene I would have different points of view of the room. I created doors to teleport learners to different parts of the room. In each area, there will be a few evidence that you can find in the form of invisible tags. When they locate it, a popup will open and they can have a close up picture of the evidence, for example, fingerprints, tissue paper, clothes, etc. 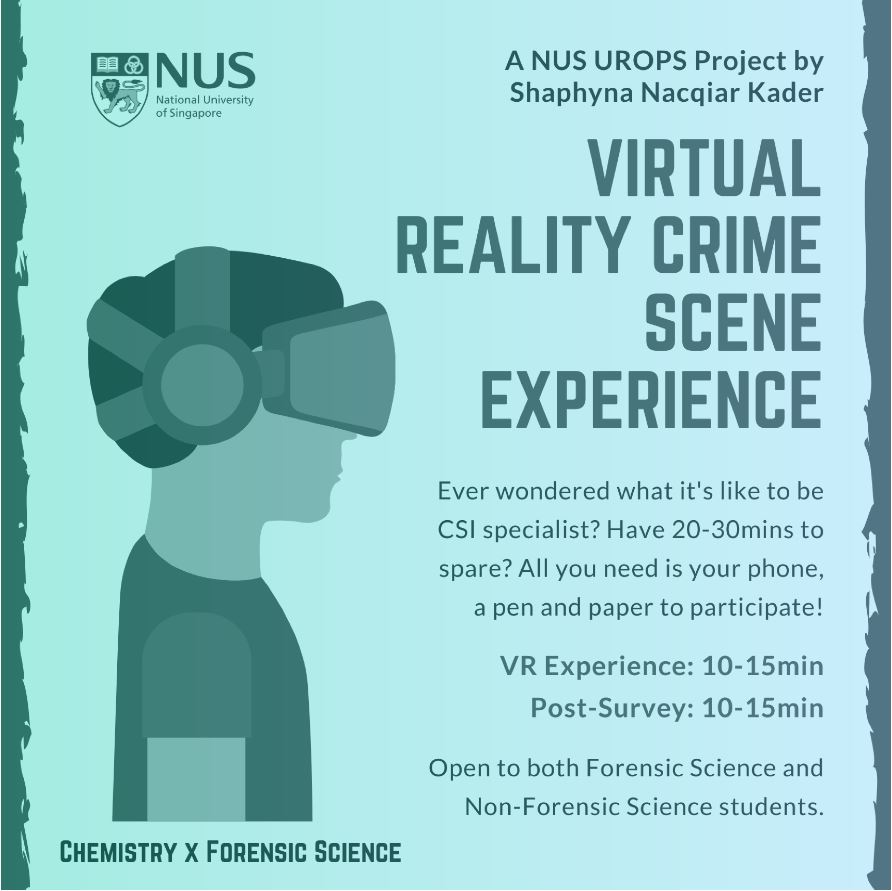 We have both forensic science and non forensic science students to come and test it out. After testing the VR experience, they would do a post-survey and then we check and discover what evidence they picked up. We ask questions such as what kind of analysis they want to do, how would they reconstruct the scene and what they think happened here based on the evidence. We also asked questions about the usability of Uptale as well as immersive technology, and whether this is something that they would like instructors to use for academic teaching and learning.

What key benefits have you observed?

Fun Man: Besides it’s new and fun and engaging, by far it is the future. It helped solve a lot of problems which I was facing. For example, there were some projects about working with the doctors in the hospital, how to train nurses and junior doctors in a small, limited space of the operation room. You can’t fit everybody in that. You want to make it as true as you can. So, time and space are constraints.

But with immersive learning, you can bridge the gaps.

For example, now with COVID-19, a pandemic worldwide, sometimes you are not even allowed to step out of your home. How can students take exams? In NUS, you can’t have more than 50 people in a room. For some courses that  Shaphyna took, some of the assessments and oral presentations are scraped to avoid live interactions. And my friends who are working in the pilot industry have their live training replaced by online videos. I am not sure if this is as engaging as Uptale immersive learning.

As it affects the whole Singapore and the education sector, we can see that some professors are very open now to this idea of using immersive learning to assess students in exams and for more assignments.

Fun Man: As a lecturer, I think whenever there’s a possibility to use immersive learning because we’re always preparing for the future. Like now, people cannot even go out and some laboratories are not operating.I hope to build an immersive chemistry laboratory exploration experience to get people prepared. Before they come to the lab, they already know the different spaces inside the lab, the potential hazards and the evacuation route etc. They can be mentally prepared before coming in person. This is particularly useful when they are coming from different countries, they might be scared to see the big lab at university. But you cannot be scared when you deal with chemicals. Preparing them in a VR pre-lab is like moving the needle closer to the real thing.

Shaphyna: We are hoping in the future that we can make everyone create their own crime scene scenarios. We are currently using Uptale for a Forensic Science research study where I test the students’ ability to identify and collect relevant evidence and what analysis to send it for. They will then use this information to perform crime scene reconstruction, i.e. what they think happened at the crime scene based on the evidence they have collected. Similarly, I’m taking a Forensic Science module, SP3202, in which I have to process a real crime scene. .

I’m the first batch for this module and they’re converting it to 100 percent. A very practical based with no more final examinations. We’re hoping to integrate a small part in the next academic year,10 to 50 percent of the grade, where we give the students access to Uptale and each group creates a scene with pieces of evidence. Once it’s done, they would be randomly assigned to another group and test the entire experience. Students will be evaluated based on how they did in that experience as well as how they designed the experience.

My forensic science professor plans to use Uptale on a bigger scale in the next year once the eye tracking technology is ready. Right now we plan to create more crime scene experiences over the summer.

What do you enjoy most about Uptale?

Shaphyna: I had a lot of fun with Uptale. I didn’t think that I would be able to create such an experience if it wasn’t with such easy-to-use software. Previously when you think of any VR experience, you think of games, where you need to have knowledge of coding to be able to create the whole scene. If you use software like Unity you need to build the world. I don’t have any knowledge in coding which means I wouldn’t have been able to do so. With Uptale, I learned different things and I was able to create a whole experience. It took me only a couple hours to create the entire scene, from setting up, photo taking to creation. If I had more time, I would have created a huge crime scene in an entire house with different rooms and with different levels. It would be quite fun.

Fun Man: And more than that, is the engagement here with the (Uptale) team. For example, when we have a need for a feature and you guys respond so quickly and try to improve. If it is not ready, you will let us know the roadmap. This is good feedback and what we take into account.

Shaphyna: For some of the softwares, although the effects are great, the learning curve is pretty steep and you need a lot of time to learn to use a software, eventually people get demotivated and give up. I think one thing Uptale did well is that it’s easy to pick up. Like I teach my students, it is a lot easier than making a movie, as it is 360°, and then you add the interactions.

How would you describe Uptale?

Fun Man: I would use a few adjectives –  Unvulgar, innovative, easy to pick up and exceed expectation.

Learning is not only about remembering and understanding. With VR technologies, students will be able to apply the knowledge and skills they have learned to new contexts by creating and evaluating , thus achieving higher-order learning.

Contact us to know more about VR education and try out the experience that Shaphyna has created!