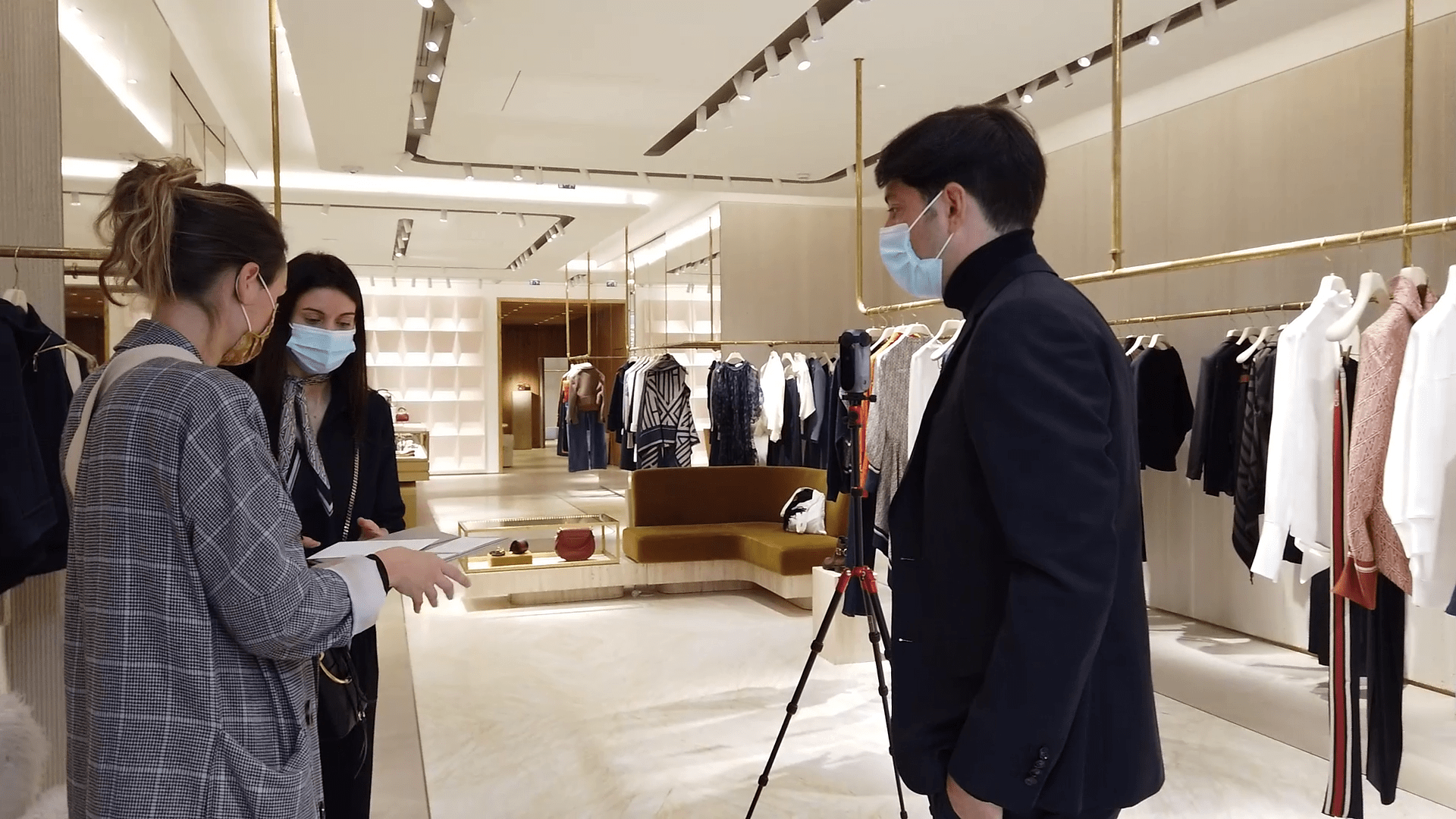 Mastering the 360° format in video requires a little practice. We are used to accompanying beginners in this shooting phase and have identified some recurring bad practices. In this article, we’ve established a list of 5 mistakes not to make when shooting 360° videos, and we give you some tips on how to fix them.

Error #1: Placing objects too close to the stitching area

Stitching is the point where the images from your camera are assembled to form a spherical image, called an equirectangular image. If you don’t pay attention, your audience will have the uneasy feeling that the object or environment has been cut and badly “glued” back together. To overcome this problem, the items you want to record must face the lenses of your camera. Be aware that in all cases, there will be a “stitched” area. But to avoid the cutting effect of an item, you must make sure that there are no objects within one meter of this stitching area. Some devices offer an app that allows you to stitch directly from the smartphone.

This stitching could have been better…

Error #2: Placing the camera at the wrong height

One complicated issue of 360° video recording is managing the angle and height of the shot. Indeed, to avoid the feeling of being too small or too tall, you must pretend that the camera is a real person, with its lenses at eye level. We recommend filming with a camera at 1.70 m above the ground. You can use a monopod, but its foot will be visible when the spectators look at their feet. With the Uptale platform, you can add a specific “base” to the floor to hide the foot and associate a “restart of the experiment” function.

Here, the camera is placed at the right height.

Error #3: Getting too close to the lens

The distance from the camera is also an essential point that you have to master. Indeed, the fisheye lenses used by 360° cameras require the items to be placed at a certain distance from the lens to avoid image distortion. To ensure visual comfort for your viewers, the object or person must not be within one meter of the camera.

Here, the camera is placed at a right distance.

One of the mistakes not to make when shooting 360° videos is to move around while recording. If you shoot a scene of moving items with a fixed camera, you won’t have a problem. On the other hand, if you are moving around while filming items that are also in motion, then you should be careful not to be too fast. You have to go very slowly and stabilize the image in post-production. Indeed, poor management of motion capture can increase the risk of uneasiness, such as motion sickness. This only occurs when the experience is lived in VR because the user has the visual impression of moving, with their brain interpreting a movement, but their body doesn’t move. So, to ensure the well-being of your users, it is essential not to follow a moving subject.

Error #5: Not taking care of your staging

When filming in 360°, you must also pay particular attention to the staging. With 360° videos, it’s no longer a question of framing. The camera sees everything around : in front of it, on the sides, behind, above, below… You have to find the perfect setting for each shot and keep in mind that everything that is not supposed to be in the image must be hidden.

When thinking about your story, break your action down into three categories: primary action, secondary action and tertiary action. It is commonly suggested to gather the important actions and interactions of the scene in a 225° field of vision, as you can see on the picture below. This means not scattering important elements of the scene in opposite angles. This would force your viewer to constantly turn their heads in opposite directions, which would be rather unpleasant. Use the space wisely and with intention !

You are now aware of the main mistakes not to make when shooting 360° videos ! We hope these shooting tips will help you get started with your 360 camera. If you have any other tips, feel free to share them in comments under this article!

Would you like to attend a training session and learn how to shoot your own immersive experiences? Contact us at hello@uptale.io !